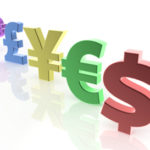 The rand flew out of the blocks during Asian trade to strengthen more than 12 cents against the USD but has since made a full 180 and given this back…and then some. The positive rand movement was fueled by dollar weakness as US fiscal policy and Trump’s tax proposals remain unclear. The surprised turn around this morning comes amidst Zuma’s orders for Finance Ministers, Gordhan and Jonas to return from an “unauthorised” UK roadshow (could this be the start of the re-shuffle?). There’s a flood of data out this week with the UK’s triggering of Article 50 on Wednesday the highlight. Other data to watch; Wednesday: SA interest rate decision and US Fed chair Janet Yellen speaks. Friday: SA Trade balance, SA Manufacturing figures and UK GDP. Have a great start to the week.