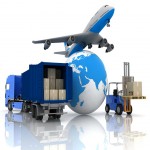 That’s according to a recently released report by Deloitte Africa which details the key trends that have shaped Africa’s economies since the 2014 oil price crash and offers insights into how to approach each of them.

The report points out that during the commodity super cycle, the majority of Africa’s economies grew rapidly, providing fuel for the popular “Africa Rising” narrative.

The impression that the continent as a whole was advancing in unison was shattered when the countries reliant on external demand for their resources – particularly the oil exporters – suffered their own Lehman Brothers shock in July 2014.

“The slump in the global oil price had very negative implications for many African economies, as well as for many companies that invested in these economies,” says Dr Martyn Davies, managing director of emerging markets & Africa at Deloitte Africa.

As a result, says Davies, vast discrepancies have emerged in the growth rates of different regions in Africa. The continent’s new normal has changed. The Africa Rising narrative has given way to a more realistic view of a continent in which some regions and economies are thriving while others are struggling, what he terms “multi-speed Africa”.

As part of this adjustment African economies have been “repricing”. The most tangible example of this repricing has been in exchange rates, with currencies depreciating rapidly as export revenues slid, creating shortages of foreign exchange.

According to the report, the repricing of Africa’s economies furthermore has underlined the need for economic diversification. The continent’s dependence on commodity resources has been exposed, especially in the oil-exporting economies.

“But there remain winners in multi-speed Africa. The economies that have actively promoted export diversification are now leading the way, with the East Africa region still projected to show strong growth in the coming years,” says Davies.

In addition, there will be opportunities throughout the continent, created by probable further falls in asset prices in Nigeria, the forced sale of government assets in Mozambique or China-driven manufacturing diversification in Ethiopia and Kenya.

“The year 2016 arguably marked the bottoming of Africa’s growth downturn. A new set of dynamics is shaping African economies and their business environments. This year is likely to shed more light on which African economies fall into the reformist camp and which are laggards,” says Davies.