Freight demand increased by 11.4% in comparison to July 2016, nearly four times higher than the ten-year average growth rate of 3.1%, and freight capacity grew by 3.7%.

In a statement, Iata noted that while this was consistent with an uptick in global trade, rising export orders and upbeat business confidence indicators, there were signs that demand growth for air freight was nearing its peak.

“July was a strong month for air cargo with double-digit growth and, for the third consecutive month, demand for air freight grew at a faster pace than demand for air travel,” said de Juniac. “While the outlook for the rest of the year remains positive, there are signs that the cyclical growth period may be nearing a peak.”

Additionally African carriers posted the largest year-on-year increase in demand of all regions with an increase in freight volume by 33.7%. According to Iata this was boosted by very strong growth on the trade lanes to and from Asia. 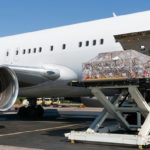