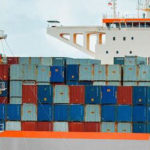 EU trade commissioner, Cecilia Malnström, pointed out that while the trade bloc had seen a rise in agricultural exports over the past year, “there was much more to be done to reap the benefits”. She said all parties would work together to ensure that the EPA enhanced trade and “promotes mutually beneficial outcomes”.

She believes the failure of most shippers to take up the EU export quotas is based on a lack of understanding of the opportunities. She suggested that South Africa and the EU launch an awareness and educational campaign to inform traders of these opportunities.