The department of agriculture, forestry and fisheries (Daff) has called for a measured approach to the crisis in the poultry sector, rather than the “trade war” with the European Union (EU) proposed by the Food and Allied Workers’ 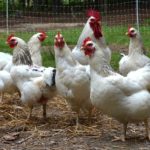 “As a department our view is that any measure that is to be taken from the department’s point of view has got to take cognisance of the provisions of the World Trade Organisation (WTO) agreements on phytosanitary measures and other technical barriers to trade,” Mooketsa Ramasodi, department deputy director general for agricultural production, health and food safety in Daff told parliament yesterday ahead of the portfolio committee on trade and industry’s public hearings on the poultry industry.

Minister of Agriculture, Forestry and Fisheries, Senzeni Zokwana, added that while “dumping” of poultry was partly to blame for the crisis, there were other aspects to consider such as high input costs and last year’s drought.

He added that the Poultry Sector Task Team – comprising representatives of the department of trade and industry, the departments of economic development, agriculture, forestry and fisheries, the Industrial Development Corporation (IDC),  poultry producers and Fawu –  had not yet completed its task of finding ways to resolve the crisis.

Congress of South African Trade Unions (Cosatu) parliamentary coordinator, Matthew Parks, said: “We cannot afford for government to continue sleeping on the job. It needs to come with a clear programme and plan to save and protect our fragile and strategic poultry industry.”

He pointed to reports showing that a total of 50 000 food and farm jobs could be lost following the influx of cheap chicken imports from the European Union (EU). “This is reminiscent of the level of jobs lost when government allowed cheap Chinese imports to collapse the South African textile industry in the 1990s,” Parks said.

Among the proposals being pushed by Cosatu to address the “impending bloodbath of jobs shed” are raising import tariffs, quotas and safeguard measures, providing subsidies for farmers on chicken feed, electricity, water, equipment, taxes and transport and a mass ‘buy local’ chicken campaign.

Rainbow Chickens Limited (RCL), South Africa’s biggest chicken producer, has indicated that it will retrench 1350 farm workers and close four farms in Hammarsdale, KwaZulu-Natal. Other major production companies are also in crisis with SA’s third biggest company, Country Bird Holdings, having recently announced the closure of three of its abattoirs, meaning several hundred workers are likely to be laid off. Astral Foods, meanwhile, has reduced hours for workers and closed some shifts, reducing the weekly pay of its employees instead of retrenching.