Vive la France, viva
Commentary by Gareth Frye
Centralist candidate Emmanuel Macron will face Far-right leader Marine Le Pen in the run-off for the French Presidency on May 7th.
Yesterday’s first round results were a big win for markets, with polls showing Macron will easily defeat Ms Le Pen in the second round. Macron is a big support of greater European integration and seen as a champion for the single currency. The results helped the rand break below 13/$, as risk-on sentiment fuelled emerging market gains. We should hear President Trump’s tax plan later in the week, which is expected to include tax cuts for both corporates and individuals (large corporate tax cuts would be USD positive). It’s another short week with Thursday’s SA bank holiday, enjoy! 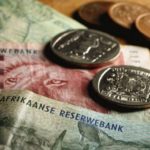